English is often ideologically constructed as a global language to facilitate intercultural communication between people of diverse cultural backgrounds. However, it still remains unknown to what extent English learning can enhance English learners’ awareness of global diversity. Given the dominant population of English learners in China, it is of great significance to investigate how English learning might facilitate Chinese learners’ global vision and cultivate their intercultural competence. Seeing language textbooks as a key site of cultural and linguistic representation, this study scrutinizes the hidden ideologies discursively constructed in an English Intercultural Communication (EIC) textbook targeting Chinese English learners. Data are collected from dialogues, case studies, reading passages, cultural notes, exercises in the textbook. Informed by concepts of orientalism and banal nationalism, the study reveals that the distribution of characters is nation-based, essentialized, and even stigmatized. There is an inconsistency between the discursive construction of English as a global language and the actual representation of USA/UK-centered ideology. Chinese and other non-English learners are linguistically and culturally subjected to orientalist interpretation. The internal orientalist representation of Chinese speakers is also reproduced within the diverse backgrounds of Chinese population. Based on the findings, we argue that the simplified, unbalanced and unequal representations of cultural elements may hinder English learners’ awareness of cultural diversity. The study suggests that a more diversified representation of cultural practices should be adopted in EIC textbooks to cultivate the global citizenship through English language education. 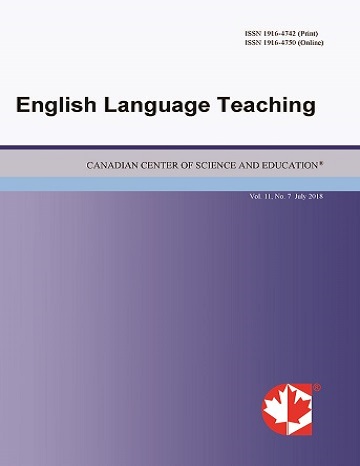