Coffee agroforestry is an emerging agricultural practice in the mid hills of Nepal. Smallholder farmers of low-income strata have progressively adopted coffee as a perennial crop over seasonal crops. A multi-year study was conducted to test effects of locally produced biochar derived from coffee wastes, e.g., pulp and husks, on carbon stocks of: i) coffee trees, and, ii) soil organic carbon (SOC) in selected coffee growing pockets. We conducted on-farm experimental trials in three different physiographical locations of the Nepal mid-hills, namely, Chandanpur (Site I at 1475masl), Panchkhal (Site II at 1075masl), and Talamarang (Site III at 821masl) where smallholders grow coffee together with other cereal crops and vegetables. We applied biochar to the soil at a rate of 5 Mgha-1, then, monitored the SOC and biomass growth of the coffee trees in the three treatment plots at sites I, II and III over two years beginning in 2013. The average stocks of aboveground carbon in coffee trees increased from 6.2±4.3 Mgha-1 to 9.1±5.2 Mgha-1 over the trial period of two years in biochar treated plots. The same in control plots increased from 5.6±2.8 Mgha-1 to 6.7±4.7 Mgha-1. In the biochar plots, the average increments of ABG carbon was 0.73 Mgh-1 while in the control it was 0.29 Mgh-1. Analysis of soil organic carbon of the plots indicated overall incremental change in carbon stocks in the coffee farms. During the base year, the average SOC stocks in the top 0-15cm layer of the soil at sites I, II, and III were estimated 74.88 ± 15.93; 63.96 ±16.71 and 33.05 ±4.42 Mgha-1 respectively. Although both the biochar treated and control plot registered incremental change in SOC stocks, the volumes were remarkably higher in the former than the latter. Compared to the baseline data, the changes in SOC stocks in the three biochar treated plots were 19.8, 49.8 and 45.3 Mgha-1, respectively, whereas in the control plots these were 8.3, 29.3 and 11.3 Mgha-1, respectively. The higher incremental rates of C-stocks in all the biochar treated plots in comparison to the corresponding control plots of the coffee agroforestry implies that application of biochar can enhance accumulation of carbon in the form of aboveground biomass and soil organic carbon. 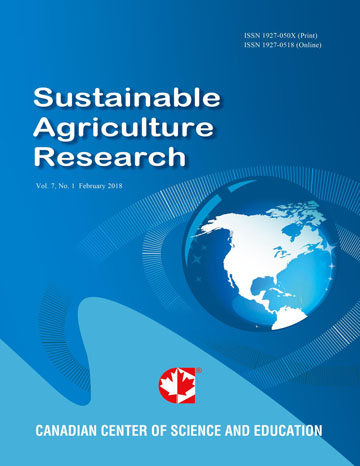